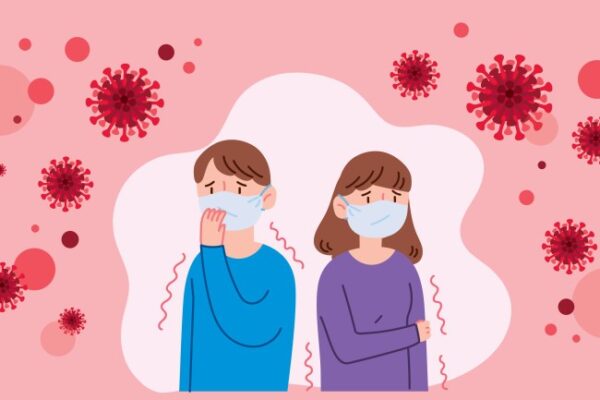 Currently, there are more than 7.9 million confirmed cases of COVID-19 with over 435K confirmed deaths. The figure itself is sufficient to induce a wave of fear in the masses. More people are suffering from the fear of the pandemic in comparison to those who are actually suffering from the virus.

Mental Health and COVID-19 Research:
The direct impact of the pandemic was on the mind of the masses rather than people actually catching the virus. In terms of the rate of spread, comparing the virus with fear, we discovered that fear spread far quickly and more efficiently.

The internet had its part to play in this. Just as the pandemic stated, conspiracy theorists and self-proclaimed experts pronounced it as something more than a virus. A weapon, a curse, a conspiracy, a tool of controlling population and what not. This led to increase in fallacies and misconceptions associated with this virus.

Many mental health Covid-19 surveys discovered that these falsified news and widespread rumors created fear in the mind of the people that had a severe psychological impact on their mental and physical health. People started to develop symptoms similar to COVID-19 on their own which turned out to be nothing more than placebo.

Mental Illnesses Due to COVID-19:
The fear has now been pronounced to be more dangerous and lethal in comparison to the disease/pandemic itself. As there are simple rules and regulations one can follow to avoid contracting this disease. But due to the abundance of false information available in abundance on the internet, it is quite difficult to escape the catalysts that reap the seed of fear in the mind of millions.

The fear has a severe negative impact on the behaviour and social attributes of people. Many would rather stay indoors and avoid complete contact with the outside world until the world has been announced free of the virus. People are avoiding each other and prefer to maintain a safe distance from each other. Even in situations where this is not possible or necessary, people are just under the impression that every other person besides myself is suffering from COVID-19 and if I came in contact with them I will catch it.

We know that fear is an evolutionary response which serves as a defensive purpose and helps in a number of cases. But the fear and anxiety associated with this pandemic has backfired and people are now either responding with too extreme precautionary measures or doing exactly the opposite.

All of this is because people are scared and don’t know how to respond. This leaves them psychologically vulnerable and open for attacks from all around. The fear is obviously on the lead in this race of what will get to the people first.

Taking care of your mental health during Covid-19 is extremely important. We must not let the fear get the best of us and be vigilant in our fight against this global pandemic. The whole world has already been affected; the least we can do is stop spreading fear and prevent it from making things worse.

Based in the heart of London, Octrac Consulting was established to help Employers to help set up systems in place to help employers address mental health issues at work.